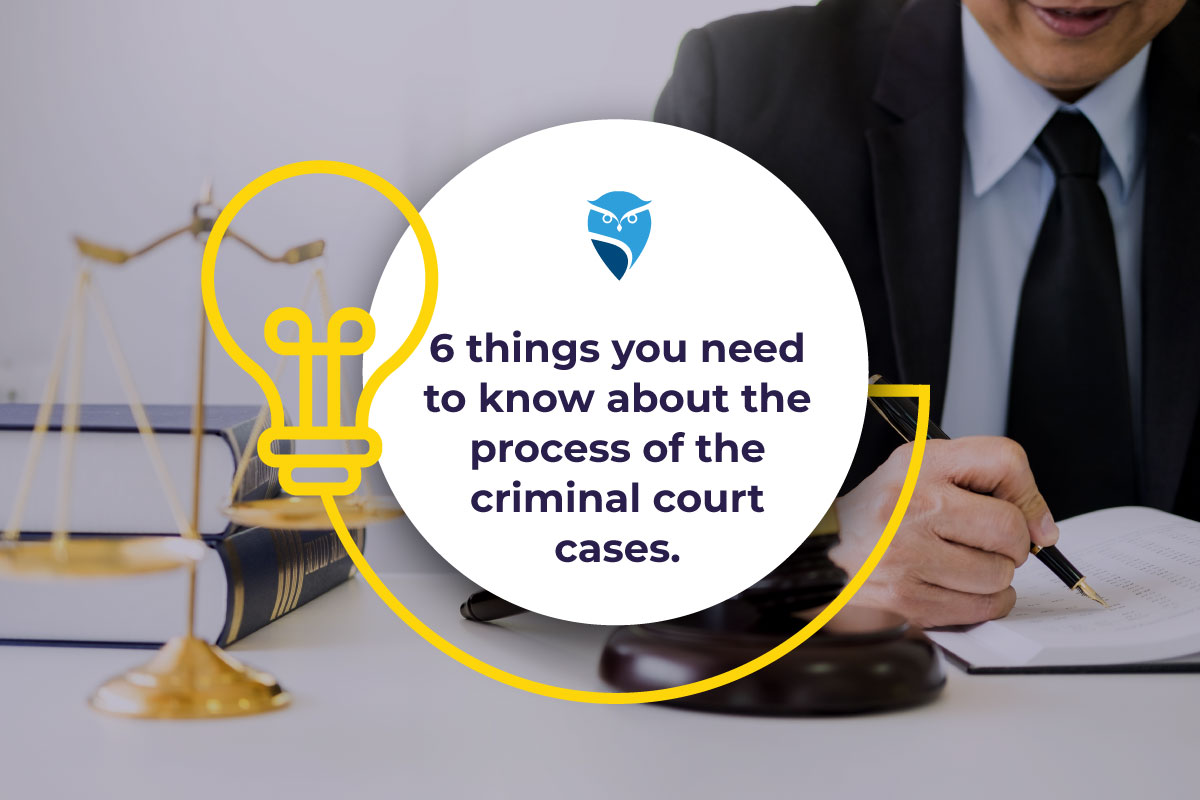 If you are facing criminal charges, your first step should be consulting with a reputable criminal lawyer. The thing is the process of criminal court cases is confusing and a good attorney is the only person who can guide you through the process.

We highly recommend you to hire a criminal lawyer with the help of AppearMe for Consumers. With this cool web application, you can find a pre-vetted lawyer near you in just a few minutes. Interested? Give AppearMe a try once you’re done reading this blog post. Now, scroll down to learn everything you need to know about the process of criminal court cases.

The Major Steps in a Criminal Case are as Follows:

Arraignment: The defendant makes his or her first court appearance at the arraignment. The judge reads out the charges that are filed against the suspect, and the defendant can choose to plead either ‘guilty’, ‘not guilty’ or ‘no contest’ to those charges. The judge will also review the defendant’s bail and set dates for future proceedings.

Simply put, during a preliminary hearing the judge decides whether there is enough evidence to justify a trial.

Pretrial Motions: After the preliminary hearing and before a criminal case goes to trial, both the prosecutor and defense attorney(s) have the opportunity to file pretrial motions. Motions may be made verbally or in written form for various reasons including to keep specific evidence out, exclude testimony, or to dismiss the case altogether.

The pretrial motion is one of the most crucial phases of a case. A good criminal lawyer will use these motions to build a strong defense in your case.

Trial: The main trial is the most important stage of criminal proceedings. During this hearing, the evidence is presented to a judge or jury, and it is determined whether the defendant is guilty or not guilty.

Sentencing: After a person is convicted of a crime, the court determines the appropriate punishment for him or her. In determining a criminal sentence, the judge will consider several factors including the defendant’s criminal history, the nature of the crime, the manner in which it was committed, the impact on victims, regret or remorse expressed by the defendant, etc.

Appeal: Defendants who think they’ve been wrongfully convicted have the right to file an appeal to a higher court, asking it to review the lower court’s decision for legal errors that may have affected the outcome of the case (the court reviewing the case doesn’t consider new witnesses or new evidence).

Keep in mind – there are important requirements and deadlines that must be met or else your appeal will most likely be dismissed. Thus, don’t hesitate to get professional legal help with the criminal appeals process.

How to Find Lawyers for Your Domestic Partnership Agreement?

Hiring a Lawyer for an Employment Issue