What Are the Consequences of a DUI Conviction? 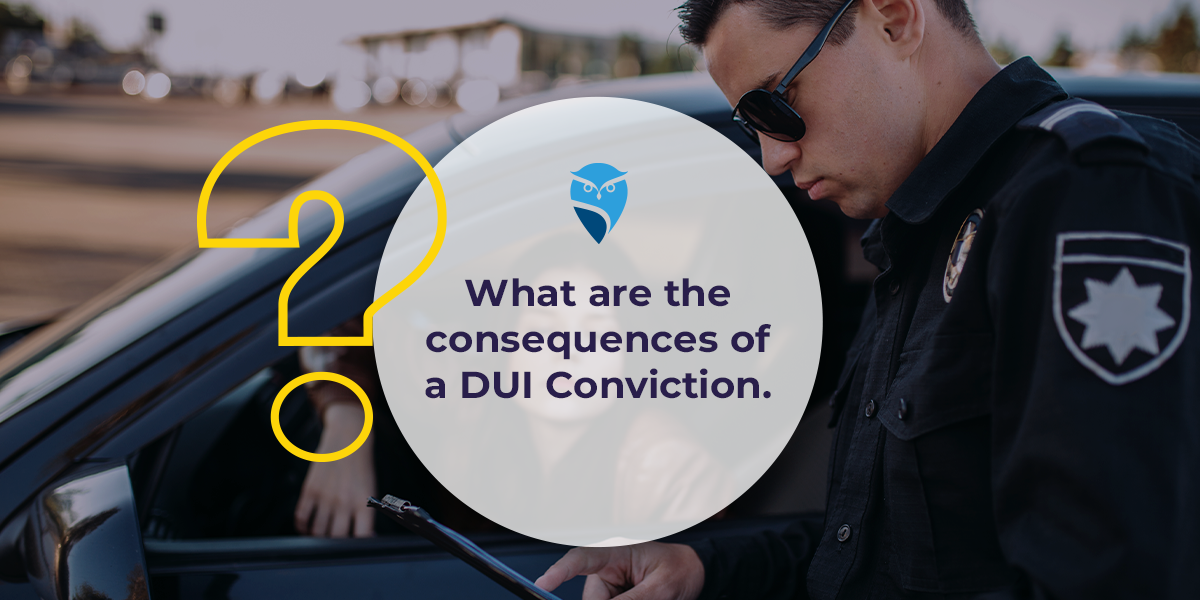 Though all states have laws prohibiting driving under the influence (DUI) of drugs or alcohol, DUI is still one of the most common criminal offenses in the United States. Every day many people get behind the wheel of their cars while drunk, putting not only their lives at risk but also those of anyone else on the road. Keep scrolling to check out the possible legal consequences of a DUI conviction. Plus, go a bit further to learn how to find an experienced DUI lawyer in a smart way.

If you get a DUI, chances are your license will be suspended for a period of time (by the Department of Motor Vehicles of that state and/or by court order as part of the sentence). Suspension lengths vary by state. For example, many states suspend a first offender’s license for 90 days. But when there is more than one DUI conviction on your record, the term of suspension will be longer.

In many states, your license will be suspended immediately (even before you go to court) if you refuse to take the blood test or a breathalyzer test.

If you are convicted of driving while intoxicated, you will definitely have to pay some fines. All states have laws setting minimum and maximum fines for alcohol-impaired driving. The cost, however, varies by state and depends on the severity of the accident. For example, the fines can be increased if the property was damaged or someone was injured as a result of your driving while drunk. Additionally, in most states, you will also have to pay the court costs associated with your case.

On top of that, many states require drivers convicted of drinking and driving too. Unfortunately, in most cases, you will have to pay the costs of installing and maintaining the ignition interlock devices (in case you are required to install IID on your vehicles).

‘‘Will I go to jail for DUI?’’ That’s one of the first questions anyone facing DUI asks. Well, while in many states jail time isn’t mandatory for a first DUI conviction (in case no one was injured or killed), some states have mandatory jail time even for a first-offense DUI. These mandatory sentences are typically between one day and a week. For repeat offenders, jail is mandatory in most states and the terms are longer than a couple of days.

Needless to say, if there are aggravating circumstances connected with your DUI case, the penalties can be increased (for example, the driver may face a separate civil lawsuit if accident victims decide to sue for property damages or bodily injuries)

Your Car Insurance After a DUI Can be Expensive

When you get a DUI, you’re immediately considered a high-risk driver. Because of that, it is likely that your insurance company will cancel the insurance policy or/and increase the rates.

‘‘If I get a DUI, will it go on my criminal record?’’ Unfortunately, the answer is ‘yes’. If you have been arrested for a drinking and driving-related offense, that information will be displayed on your criminal record (no matter if it is your first conviction or you have multiple convictions) unless expunged. Worst part? A DUI on your criminal record can have serious consequences in terms of cost of insurance, choice of careers, housing. It can be viewed by future employers and others who require a criminal background check.

The best way to avoid these consequences is simple: don’t drink and drive. However, if you have already been charged with DUI, you should talk to an attorney right away.

We highly recommend you to hire a DUI lawyer with the help of AppearMe for Consumers. The technology behind AppearMe makes it simpler and faster than ever to find pre-vetted lawyers by geographic area and practice area.

The web application bundles plenty of useful features and is super simple to use. So go ahead and submit your first request in just a few clicks. We’ll take care of the rest.

If you would like to learn more about AppearMe for Consumers, talk to a live customer support specialist by phone (888) 900-3080) or email [email protected]. We’re available 24/7 to answer any questions.

5 Reasons Why You Need a Lawyer in Criminal Court

What You Need to Know Before Going to Divorce Court